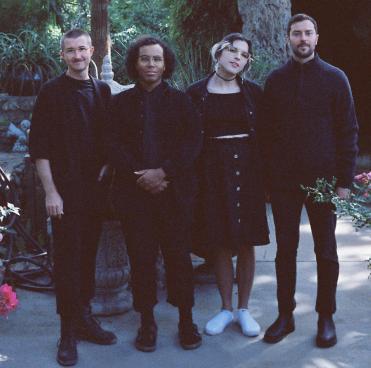 The sounds of alexalone will usher you into warm, fuzzy, lonely spaces, then shock you alive with pulsing energy. But, alexalone’s first full length album, ALEXALONEWORLD, isn’t merely about the sound, it is an exercise in world building, and a portrait of the artist cradling and nurturing their emotions as they create, navigating labyrinths of pain as they search for exits, and hoping for a haven where they can survey the damage and regroup.

ALEXALONEWORLD’s gravitational center is Alex Peterson’s musical vision and authorial voice, the wayfarer through a forest of moods. As a live member of Hovvdy and Lomelda, Alex is no stranger to performing with other musicians. ALEXALONEWORLD marks their official release as a fully formed act, featuring Sam Jordan (percussion), Mari Rubio (various instruments), and Andrew Hulett (various instruments).