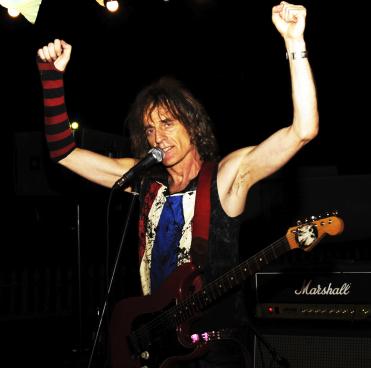 Alex Carlin is an American rock musician and songwriter, best known as a member of seminal California bands The Rubinoos and Psycotic Pineapple, as well as for his solo career.

Alex has been based in Eastern Europe for over a decade, leading his Alex Carlin Band and performing over 100 shows a year all over Russia and neighboring countries in recent years. He's in the USA this month, attending screenings of his recent award winning documentary, Alex in Russialand, which he directed, and edited.

Alex In Russialand will be showing at SF's Roxie Theater on Monday, October 18th @ 7pm, followed by a live performance from Alex.