Album Review: All Love Is Blue by Heaven 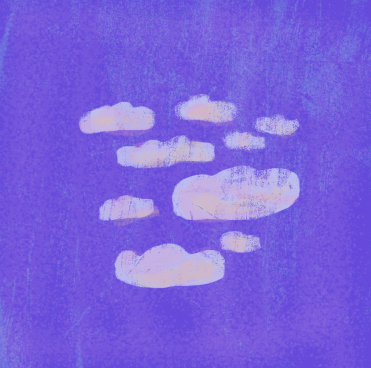 Brooklyn band Heaven embodies 80s and 90s nostalgia in their newest album, All Love Is Blue

Psychedelic alternative trio Heaven hail from Brooklyn and feature Matt Sumrow (lead vocalist and guitarist), Liz Lohse (keyboardist and vocals) and Mikey Jones (drummer). This month, as follow up to their 2013 debut Telegraphic Love, they have released their sophomore album, All Love Is Blue, through Portland label Little Clouds Records. Heaven formed in the midst of touring with such acts as Ambulance LTD, Swervedriver, Snowden, The Comas, The Big Sleep and describe their sound on Bandcamp as “a romantic clash between your Dad's long lost favorite psych record and the soundtrack to a John Hughes film.” Heaven had me at “John Hughes soundtrack” and I knew I had to listen to this band! If Hughes were still alive producing teen angst films in the current millenium, I can imagine Heaven being played in a music club as seen in Pretty in Pink or Some Kind of Wonderful or a perhaps a party scene from Weird Science or Sixteen Candles.

All Love Is Blue draws inspiration from myriad ‘80s- and ‘90s influences. Sumrow’s singing is as melancholic as that of Smashing Pumpkins’ Billy Corgan and Silversun Pickups’ frontman Brian Aubert with a little Dave Grohl of Foo Fighters thrown in. All Love Is Blue’s title track kicks off the album with heavy synths and a banging drum solo in the bridge. The album’s single, “Never The Moment,” is the perfect blend of ‘90s hazy guitar riffs, reminding us of the sound of Smashing Pumpkins “Cherub Rock” and a killer ‘80s synth solo similar to Depeche Mode. Tracks “She’s Closer Than Everyone” and “Falling Hearts” evoke two bands which Heaven cites as influences—New Order (the band has covered “Bizarre Love Triangle”) recalling albums Movement and Power, Corruption & Lies and The Psychedelic Furs—with their musical compositions, instrumental structure, rhythm and lyrics. In “Springtimes,” Sumrow channels Furs singer Richard Butler’s voice with his dreamy harmonics. “The Sun Shines Thru In The Evening”  and “Peaceful Way For The Sun To Rise” have subtle delicate timbres that echo The Cranberries. The album then returns to a heavier and edgier sound in “Firesky,” to which listeners can easily headbang or just nod while they listen. The last track, “Believable,” has its own remix but can stand alone, beautifully acoustic.

Fans of New Order, The Cure, Love and Rockets, et al. will love Heaven and their second album All Love Is Blue. While New Order perfected the New Wave genre, Heaven has established a newer sub-genre Sonic Wave with their massive modern rendition of synths and shoegaze. Catch Heaven live at the Elbo Room in San Francisco on Tuesday, April 24th!